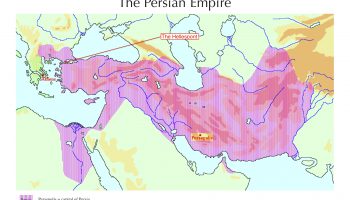 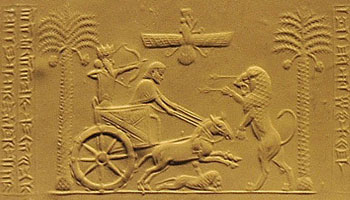 This investigation is under construction.

Image: From a cylinder seal of Darius I from Thebes, Egypt.  |  VIEW this object in the British Museum

STUDENT:  Why does Persia have all the land?  Did they conquer, steal, or buy it?  How did they get it?

TEACHER:  What makes you think that?

S:  [Another student, contributing a different perspective]  Right now the Persian Empire is a lot bigger and more powerful.

S:  One is so big and one is so tiny and nothing’s going to happen?

For more Student Responses, click View More in the dark teal tab above.

S:  Persia’s covered so much land — it must be a very powerful union or country.

T:  Talk more about that.  What makes you say that?

S:  It wants to rule, to be big and powerful.

S:  It seems like what she said — getting more and more land — but why does Greece have less land?  …  I’m wondering how long they’ve been going like this.  It seems like they could expand more.

S:  What Sandra said — that they’re trading — I don’t think they are.  It seems like they want to fight over land.

S:  I can see why she thinks that — it looks like Persia’s trying to move in.

S:  He wants a few rulers — himself, basically.

S:  I also think another reason he doesn’t want democracy is that once you’re in power you don’t want to give up that feeling of control.

S:  On the map, Persia has the most land.  They want a new king so they can take over Athens.