Critical Explorers, a non-profit organization, creates and shares inquiry-based curricula and teaching approaches that support critical exploration in public school classrooms.  Critical exploration is a teaching and research method suitable for teachers and learners of all ages, both in and out of schools.

Critical exploration in the classroom, a particular approach to teaching, learning, and curriculum, was originated by professor Eleanor Duckworth.  A teacher practicing critical exploration selects materials to engage students directly with the subject matter, invites students to express their thoughts, and listens carefully, following the students’ thinking in order to determine what to do next to help them to think more deeply.  Thus, curriculum is created or adapted as the teacher nurtures a material environment and intellectual community in which students can take their own thoughts further.

Duckworth’s teaching practice is rooted in a progressive developmentalist tradition — that is, the natural development of the learner is the basis for determining what should be taught and how it should be taught.  Duckworth built this approach on two foundations:

(1) The work of Jean Piaget and Bärbel Inhelder
Eleanor Duckworth was a student and a research and teaching assistant at the Institut des Sciences de l’Education in Geneva, Switzerland in the late 1950s.  Later on, she also acted as the English translator and interpreter for Piaget at his American lectures until his death in 1980, and helped introduce Piaget’s methodology into the classroom and the educational research community.  Two aspects of the work of Piaget and Inhelder were especially important for Duckworth:  First, the idea that every person creates meaning on her own, while taking any experience into her own previous understanding (this is known as assimilation).  Second, a method for studying children’s thinking through engaging them in talking about their ideas.  Piaget called this method “clinical interviewing.”  Bärbel Inhelder, his co-author and research director, feeling that “interviewing” inadequately described their efforts to engage children, changed the name of the method to “critical exploration.”

(2) Elementary Science Study (ESS) curriculum development program
At Inhelder’s recommendation, Duckworth began to participate in the Elementary Science Study (ESS) in 1962 – a curriculum development and science education reform project in Watertown, Massachusetts, U. S.  This program was consistent with the work of Piaget and Inhelder in psychology and involved creating simple and inexpensive materials to provide children with opportunities to generate and solve problems.  During her time at ESS, it was a struggle of some years’ duration for Duckworth to see how Piaget was relevant to schools.  However, her participation in this project, as well as in the African Primary Science Program later on, nourished her thinking about and practice of exploratory methods of teaching and learning.

Duckworth brought Piaget’s pioneering observations on intellectual development into conversation with her own observations and experiences in curriculum development and in evaluation research on science activities and students’ learning.  These experiences, together with the idea of assimilation (again, that a person takes any experience into her own previous understanding), gave rise to the ideas central to critical exploration in the classroom:  During critical exploration, the child explores the subject matter and the teacher explores the child’s thinking.  There are endless numbers of adequate pathways to make sense of new experiences.  Thus, the teacher must constantly strive to understand the meaning any particular experience holds for her students to help them learn. Through critical exploration, it becomes clear that the responsibilities of teachers and researchers overlap.  To find out what learners think, researchers, like teachers, need to engage learners in subject matter and show interest in their learning.  Teachers, like researchers, need to focus on students’ thoughts rather than their own, and to find out what students really think, if they are to encourage students toward greater intellectual involvement (“the having of wonderful ideas”) and to help them learn.

Over the past three decades, teacher education has been at the core of Duckworth’s educational vision as a professor at the Harvard Graduate School of Education.  If teachers are to teach their students exploratively, Duckworth believes, they must have experienced learning as explorers themselves.  In workshops in the United States, Europe, Latin America, Africa, Asia and Canada, Duckworth offers teachers the opportunity to experience and reflect on the phenomena of teaching and learning.  In her university teaching as well, Duckworth employs critical exploration to teach critical exploration. Her famous graduate course, T440: Teaching and Learning, is usually conducted with two parallel groups of up to 50 students each.  Duckworth seeks to engage education students with three major kinds of teaching and learning phenomena: demonstrations of critical exploration with one or two children or adolescents;  field work, in which the graduate students, outside of class time, try to engage one or two people in a similar exploration; and group explorations of particular subject matters other than teaching and learning (e.g. pendulums, mathematical permutations, a poem) which allow the graduate students to learn in the same way that the children in their classes will be learning.

“Because Eleanor Duckworth Took Us to the Moon” by Victoria Short.  From 100 Reasons to Love the Ed School: A Special Centennial Issue, Harvard Ed. Magazine, Winter 2020. 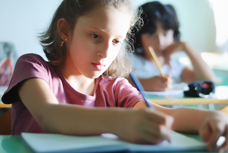